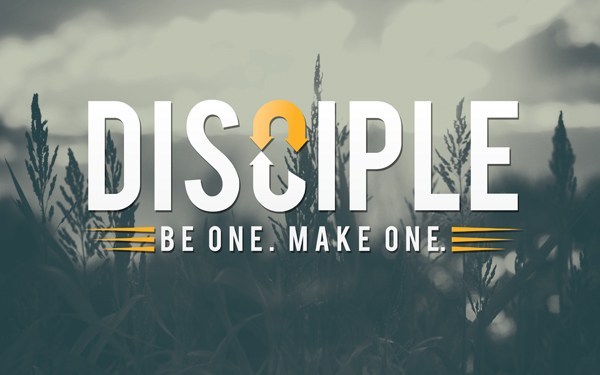 Then the eleven disciples went to Galilee, to the mountain where Jesus had told them to go. When they saw him, they worshiped him; but some doubted. Then Jesus came to them and said, “All authority in heaven and on earth has been given to me. Therefore go and make disciples of all nations, baptizing them in the name of the Father and of the Son and of the Holy Spirit, and teaching them to obey everything I have commanded you. And surely I am with you always, to the very end of the age.” Matthew 28:16-20

Yesterday we focused on the nations, the wide, varied, sometimes difficult and plentiful field of harvest to which Jesus pointed us as disciples.  Today we are going to look at what it means to us as Kingdom Men to take action to Go and Make Disciples of those “nations”, whether around the globe or across the street.  The imperative in this verse is actually the word MAKE not the word GO, so what exactly are we making?

Back in our November 7th battle order, we looked at what it means to be a disciple.  We gave the most simple and core definition – “A disciple according to the Bible is simply someone who believes in Jesus and seeks to follow Him in their daily lives.”  True, but as we dig deeper we see that the Bible points us more specifically toward becoming mature disciples as we live out our relationship with Jesus and become more like Him (James 1:4, Colossians 1:28, Luke 6:40).  Jesus modeled for us what it looks like to make not just disciples (there were hundreds if not thousands of people in the gospels who could have been counted as disciples – many of whom walked away when His teachings got tough) but mature disciples. These are men and women who spread the gospel to the world and were willing to die rather than not obey the Great Commission.  He invested deeply into a few, leading them to a mature relationship with Him, His Father and later the Holy Spirit.  They did the same thing with others which changed the world.

You don’t have to be an “expert in the law” as scripture describes the Pharisees, and who Jesus called out as being in error even though they knew the most about the words of scripture (Matt 22:29), to share what Jesus has taught you.  In fact when it says “teaching them all that I commanded you” in the Great Commission it does not mean being able to teach the whole Bible.  It literally means sharing the truths God has given you personally.  This often means just sharing what Jesus showed you during a morning quiet time.  As a Kingdom man you are commissioned to provide this relationship to others and to help them begin to do the same.  This is how we become mature disciples and make mature disciples of all nations.

Kingdom Man, this week make it a priority to share one truth God has given you from His Word with a friend, a family member or a neighbor.  Pay attention to what it does in your heart when you do it.  Don’t just quote a verse to someone, tell them what it means to you and how it is impacting your life.  Making a disciple is not a mysterious or even difficult assignment once you step into it.

I am a Kingdom Man with a Kingdom vision. Commissioned by Christ. My life is the Father’s. I am intentional. I will grow in my faith, be consistent in my actions and leave a  legacy worthy of the race I have run.